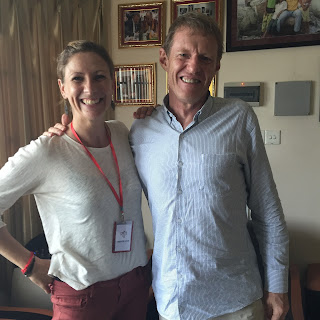 As President of 20th Century Fox International, Scott oversaw the release and marketing of several of the top films of all time – including ‘Braveheart,’ ‘Titanic,’ ‘Star Wars’ and ‘X-men’. In 2003, he left Fox to head Sony Pictures International marketing operations. In 2004 Scott resigned from his 26-year film career and began the process of his relocation to Cambodia, selling his home, car, boat and other assets.

Now Scott oversees the Cambodian Children’s Fund which lifts hundreds of children out of poverty who are living and working on the Steung Meanchey garbage dump, one of the most toxic environments imaginable.

As Hands Across the World, the Cambodian Children’s Fund believes that with the right education and support, one child has the potential to lift an entire family out of poverty and that a generation of educated children has the power to change a whole society.

At the end of 2015 Hands Across the World was fortunate to receive more than 90 laptops from a renowned mining company in Western Australia. As they renewed their laptop fleet, we received the replaced models which were by no means outdated. These laptops were put to good use in a different environment. In an environment, where life-changing, quality education is supported: Firstly we equipped our new computer lab in the Kimheak/HATW-School and then we were searching for a partner organisation who was equally in need and supports the same vision and mission as we do.

Scott was in Perth at the time to be blessed by the Dalai Lama, who also resided in our beautiful city at the time. So I contacted him (Scott not the Dalai Lama) and we agreed on supporting each other.

With the help of the Christ Church Grammar School students, who planned a trip to visit the CCF in December 2015, we managed to send 30 laptops to be used in the computer lab which is right next to the garbage dump.

Our Hands Across the World laptops are a part of the CCF computer lab where the future leaders of Cambodia presented amazing skills while using them. I mean, 3D graphics, I wouldn’t have a clue!

As the lovely Cath, Scott's personal assistant, was showing me around my mouth fell open.Sometimes we think, we've seen it all, but nope I hadn't been on a garbage dump where children played, lived, got sick, cried, laughed, ate and worked before. They really live(d) there!

And right next door, the Cambodian Children's Fund was established to provide these children a better future through the gift of education.

Scott who was sitting cross legged in his armchair, patiently answering my 5 Million questions and chatted away with me about the hurdles and successes of the amazing work we are blessed to do. That man is a star (and I don't mean Hollywood)!" 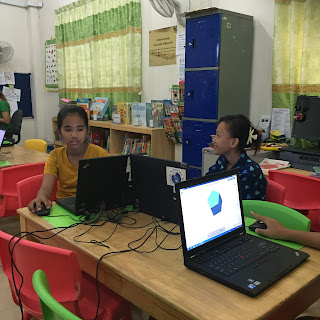 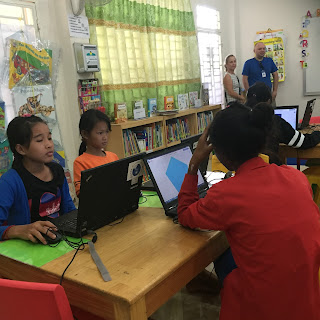 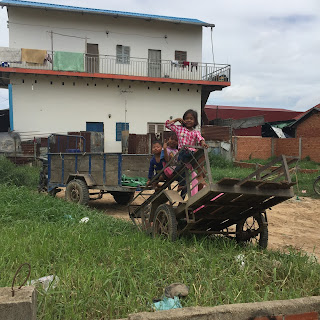 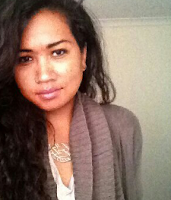 TUESDAY 22ND DECEMBER 2015
Introudced my self to the morning class. (7:45-8:45) I was absolutely overwhelmed, all these cute little faces with beautiful big sparkly eyes and smiles :D!!! A thought crossed my mind oh my how will I ever remember your precious names, so had asked them if they could please write their names on a blank A4 piece of paper however if they could please do so in English,  ahaa the horror on their faces! A few yelled out "Min deng te neak grouuu, pear sar ohng leeh" meaning "don't know teacher in English". Since I couldn't read Khmer had individually asked them to say their names then wrote it on the white board for them. In a small class situation piece of cake but the evening class omg what a mission. :D. Then later if they liked they could decorate and colour in the A4 piece of paper where they had written their names. Each morning I would read out their names and hand them the A4 piece of paper where they had written their names, where they had coloured themselves. Oh my they get really excited when their names gets called out. They would come up and then put their hands together and raise it to their forehead. (Khmer way to say Thank you!) I was very moved by this gesture… 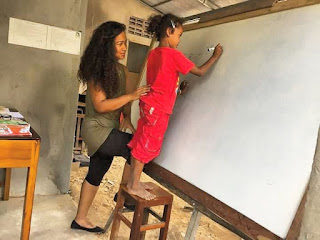 FRIDAY 25TH DECEMBER 2015!!! (Omg it's Christmas!!!!)
….Woke up to more ceremonial music 5:05am! 6:30am Showered, while getting ready heard the cute voices of the kids chit chatting with each other laughing and joking (what a beautiful sound to start the day….
…..I have one student her name is Chhina*  who is really shy and quiet and always sit at the back, I can see it in her eyes that she struggles I try to spend as much time as I can with her, I often ask her if I could sit next to her and show her how, if she could please watch and then if she could try to re-create the shape ... it got to a point where I had to draw dots for her to connect in order for her to create the letter Z. I can feel that she is stressed and I am also aware that she gets mocked from other students because she needs more time to produce certain letters and to complete her work…. 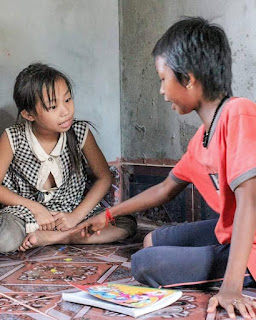 …The Colours (I had noticed that every single class love this game, and get quite vocal towards each other and towards me for a turn ahaaa, When they miss out on a turn they would look to the ground with a long sad face. Everyday without fail one kid would always yell out in Khmer "you don't need to worry tomorrow you will get your turn, if not tomorrow the day after". The one who had missed out would then smile. Another question would fire and then the "me me me teacher'' would start again. ahaa hilarious! What an incredible sight to see how keen they are to learn and how much they want to participate. As I go through the games the ones who hardly raise their hands  to come up to the whiteboard and produce a word I would randomly pick so they could be part of the activity, most would answer "I don't know teacher" I would say to them  not to worry, we are here to learn together and help each other out, just walk to the white board if you don't know you can ask a friend who does know to come and help you. My view is that every single kid gets the opportunity to participate… 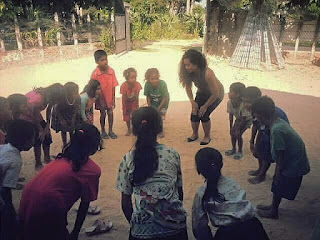 …. Really wonderful to witness, how very excited they are about learning and how keen they are!!!.  Nice to know, that they're appreciative!!! Appreciative of our time and our presence!!! Their daily smiles meant the world to me… 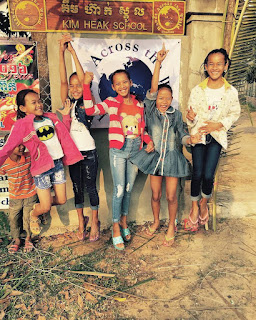 Thivianah Thach, December 2015
*name is changed to protect the children
at January 01, 2016 No comments:

Hands Across the World